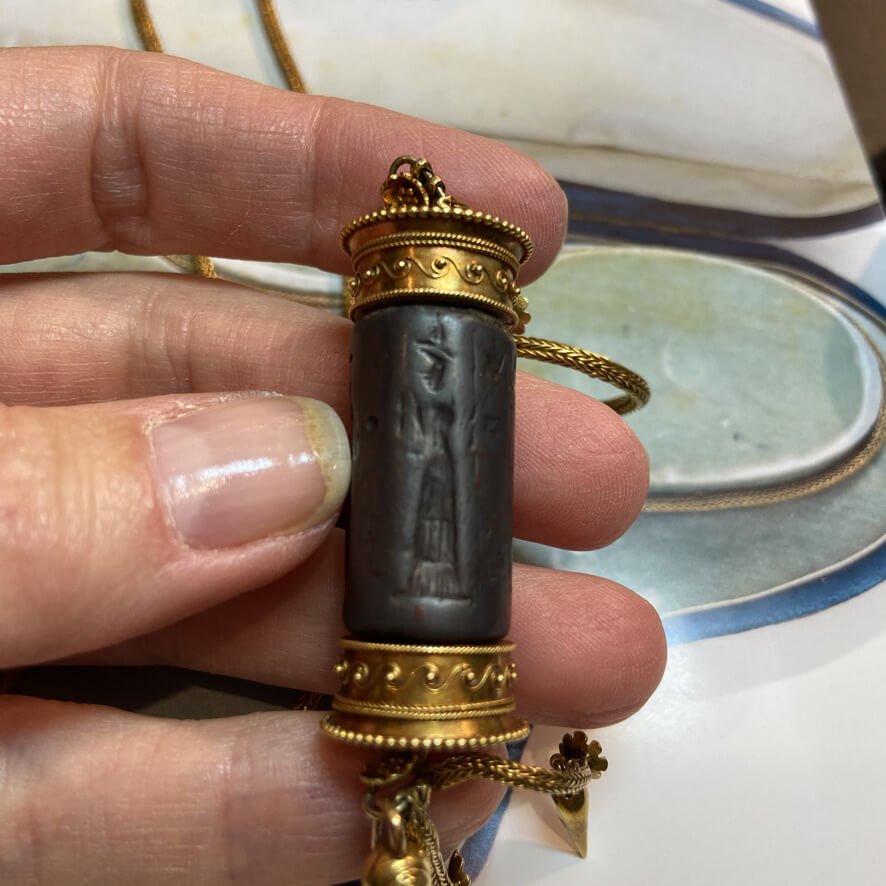 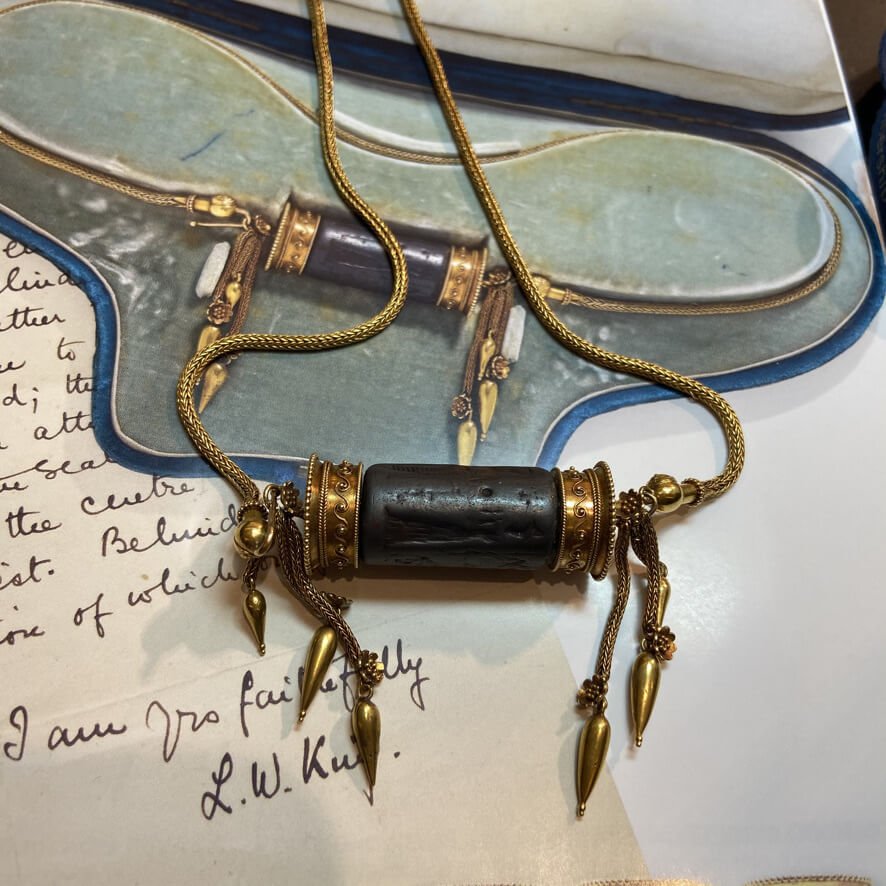 Combining the old with the new is not a modern concept.

At a young age George Smith, who came from humble beginnings, was fascinated by Assyrian culture and history. As a young man, he would spend hours at the British Museum studying publications on cuneiform tablets. The discovery of the tablets between 1840-1855 near Mosul in present-day Iraq resonated with Smith.

Dedicated to his research, Smith discovered two important inscriptions in 1867: a spectacular eclipse that occurred on 15 June 763 BC and the date of an invasion of Babylonia by the Elamites in 2280 BC.

He shot to worldwide fame in 1872 with his translation of the Chaldaean account of the Great Flood. So when he discovered it, he became overwhelmed with excitement that he ran around the room taking off his clothes!

The archaeological expeditions and discoveries led to “Assyrianmania”. Revival motifs and themes swept across all art platforms, especially jewellery. The jewellery manufacturer John Brogden had a particular interest in archaeological and renaissance objects. What is so unique about his piece is that he incorporates an actual artefact featuring an ancient Assyrian seal. So it’s not just a revival, but an archaeological remain.