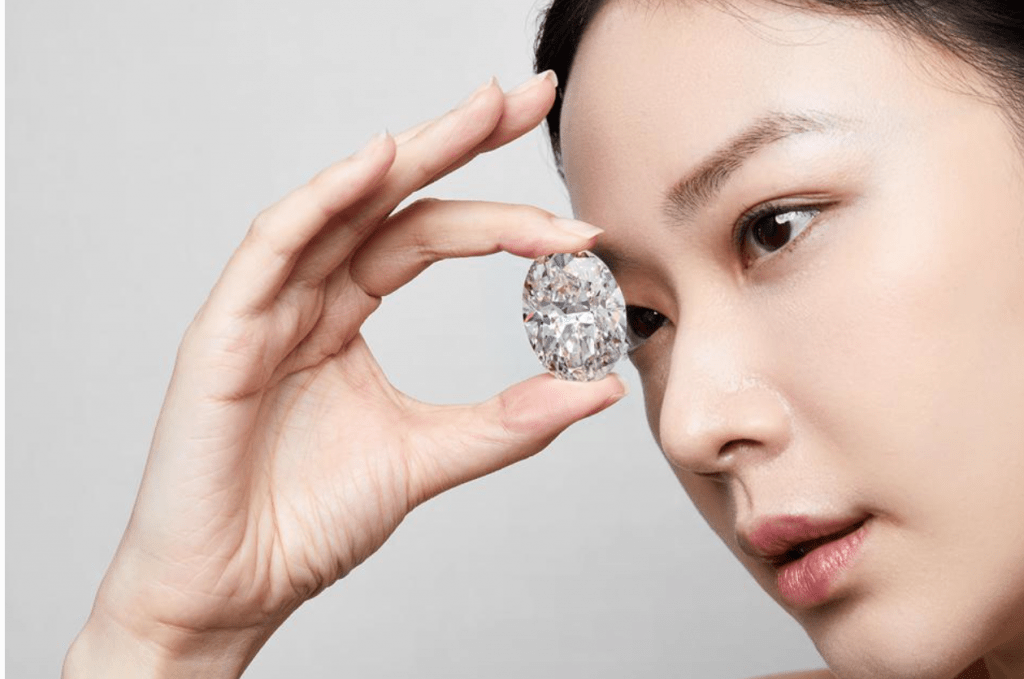 In October 2020 a very rare diamond went under the hammer in Hong Kong.  It was a 102 carat, D, flawless, type IIa oval-cut diamond and Sotheby’s was selling it WITHOUT reserve!

I had hoped, and I am sure others did as well, that it would have fetched much more than US$15.6 million. I know that is still a lot of money, but for some reason, I feel slightly disappointed. I was hoping for drama and excitement, perhaps a new world record.

Let’s compare this diamond to other similar diamonds, and then I think it is fair to say the buyer, who wished to remain anonymous, got quite a bargain.  For example, in 2013 at Sotheby’s Hong Kong, a 118.28-carat D, flawless, type IIa, oval-cut diamond sold for $30.8 million and in May of the same year, Christie’s Geneva sold “The Winston Legacy,” a 101.73-carat, D, flawless, type IIa, pear-shaped diamond for $ 26.8 million.

We can all do the math, and  I think we can agree that the hammer price fell short of what was expected. Was this because a diamond of this calibre was offered without reserve? Did offering it online in September and closing the sale in early October have anything to do with the hammer price? Or was it due to COVID and buyers being more cautious of where, how and why they spent their money or invested?

Regardless of the price, there is one delighted girl in Japan. The anonymous buyer, who is a Japanese private, purchased the diamond for his second daughter and has named the gem “Maiko Star.” His first daughter received an 88.22-carat diamond named the “Manami Star” early last year. Make that two delighted girls.