Posted at 10:59h in Royal Jewels by mara_hotung

Since its debut, the Downton Abbey film has achieved over £150 million. The budget was approximately £20 million which is quite an impressive return for a movie based on a TV drama series. Loyal fans have flocked to see it, not once but twice, this fan included. I’ll probably see it a third time, not just for the story and the costumes, but for the jewellery.

In my previous blog, I wrote about Queen Mary’s tiara and her Cambridge Emerald parure.  It was magnificent, despite it being a replica and made especially for the movie. However, did you know that three other tiaras featured in the film are the real deal?

The tiaras date from the late Victorian era to the early Edwardian. Diamond tiaras reached their peak during this time. This was mainly due to the newly discovered diamond mines of South Africa. Worn by royalty or wealthy married women, tiaras signified wealth and status. It was de rigueur to wear them on any formal, grand, social occasion and most certainly in the company of royalty.  At a dinner in honour of the Prince and Princess of Wales, Consuelo Vanderbilt, who was the Duchess of Marlborough, wore a diamond crescent instead of the required tiara. She received a stern look from Prince Edward who remarked, “The Princess has taken the trouble to wear a tiara, why have you not done so?” (Tiaras -A History of Splendour, Geoffrey C. Munn, page 103). 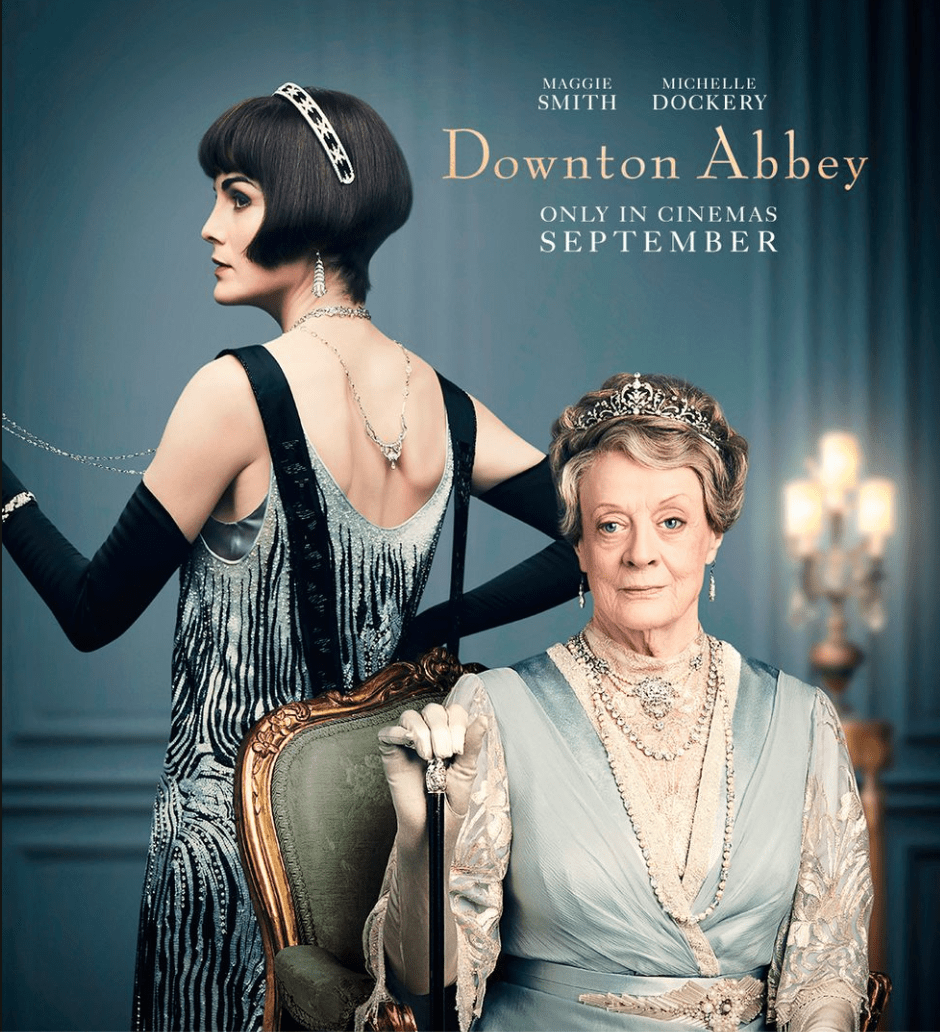 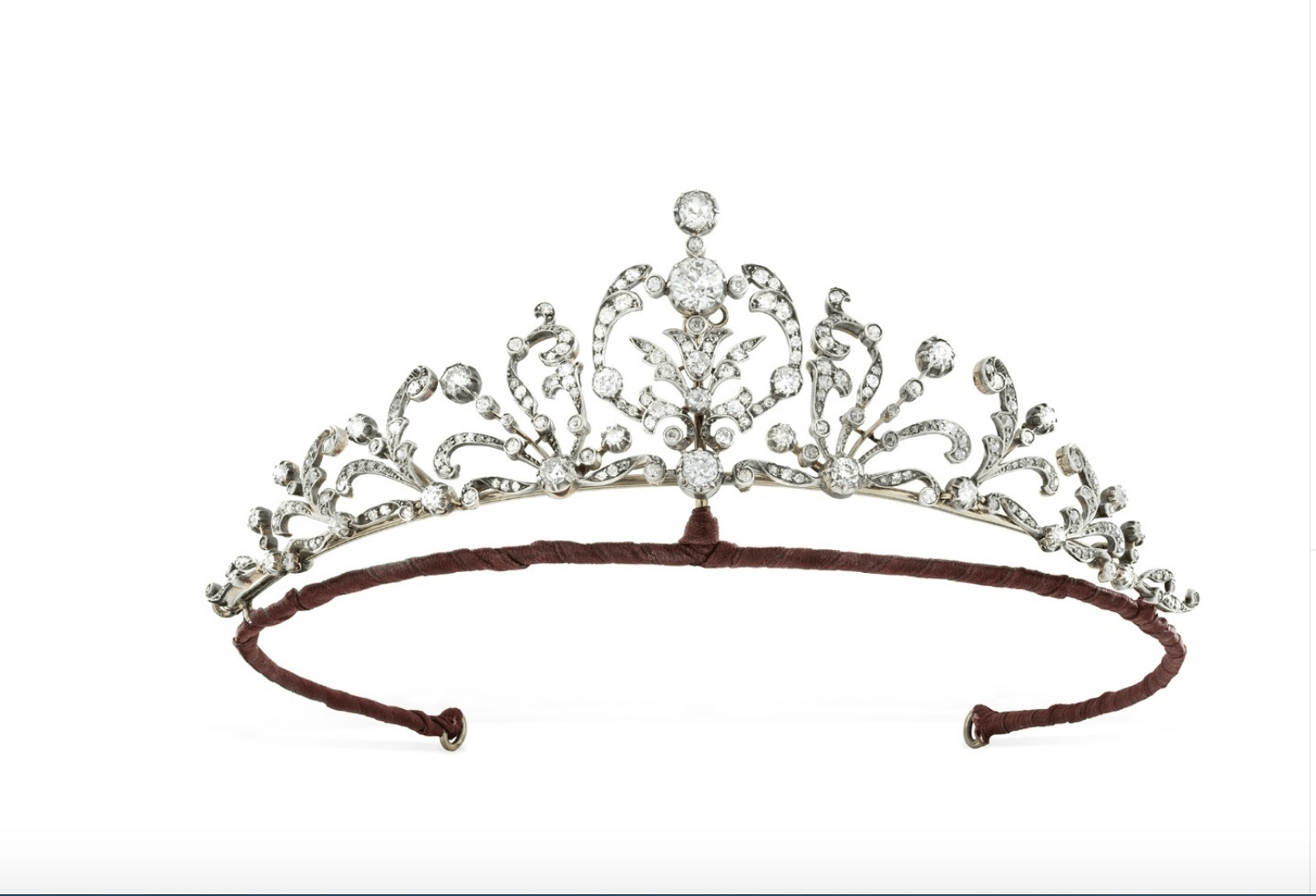 The Dowager Countess played by Maggie Smith, wears a Victorian tiara set with old-cut diamonds in a  scrolling, foliate design that was inspired by lace. Typical of that time, it is set in silver.  It has a detachable gold frame and can be converted into a necklace.  Tiaras were designed this way which enabled the owner to wear it on formal as well as semi-formal occasions.

Lady Edith’s tiara has a lighter and younger feel.  Her tiara has 9 fleurs-de-lys set with old-mine cut diamonds. She wears her tiara slightly lower and closer to the hairline. This was fashionable at the time. 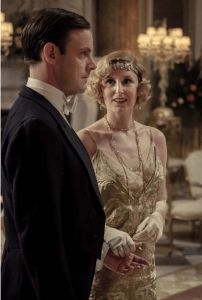 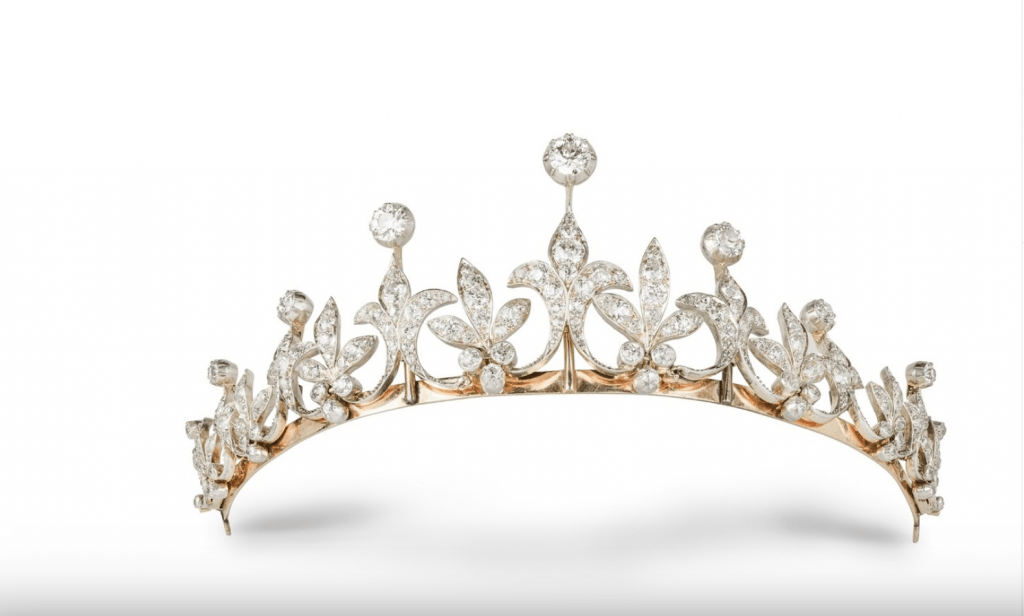 Lastly, the Countess of Grantham wears an Edwardian tiara set with old mine and rose-cut diamonds. It features swags and floral motifs graduating from the centre. 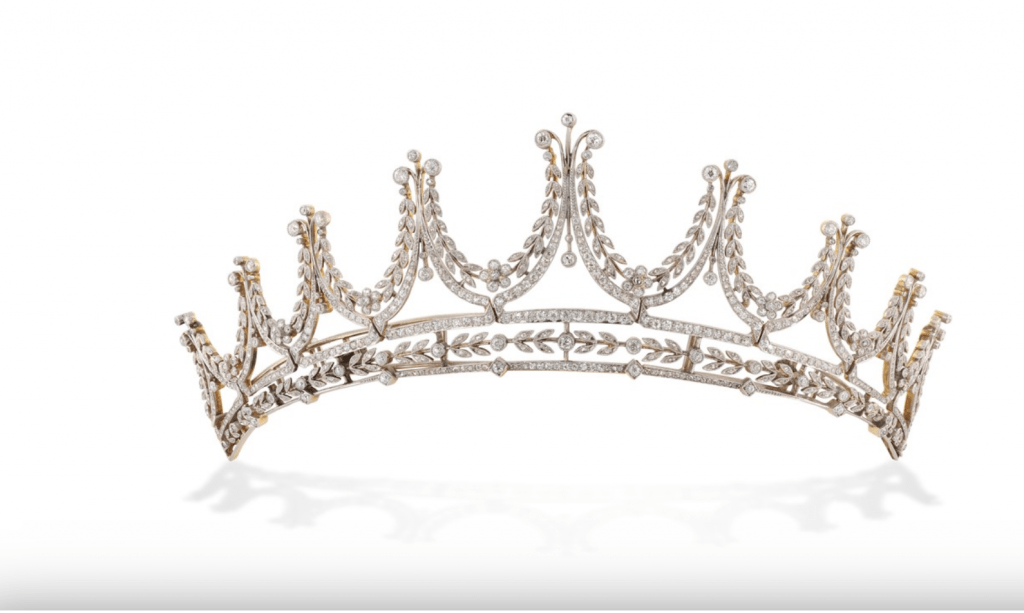 These three tiaras were provided by Bentley and Skinner and have since been sold. However, those who are looking for a piece of history, or perhaps something to pass on to the next generation, Bentley and Skinner have a catalogue of period tiaras to choose from.