Posted at 07:32h in Birthday Gemstones, 10. October (Opal/Tourmaline) by mara_hotung

In 2006, Australian miner John Dunstan made a significant find at Coober Pedy.

Entirely by chance, Dunstan accidentally chipped the tip-off a gypsum clump. Among the red, brown, dusty rubble of the Australian desert, a small sparkle of fire peeped out. The more he chipped away, the more he realised he was onto something. The mystery rock sparkled in the blazing sun, showing off its rainbow colours that ranged from fiery oranges and reds to vibrant blues and greens. This was no ordinary rock but an exceptional opal, and it was ablaze!

The miner knew it was unique. But little did he know that it would turn out to be one of the world’s most valuable opals.

Why is Dunstan’s opal so valuable?

Firstly, it’s a whopping 72 carats! For an amorphous gem, this is unusual. Then, there is a bright mix of colours, not just blue and green, but 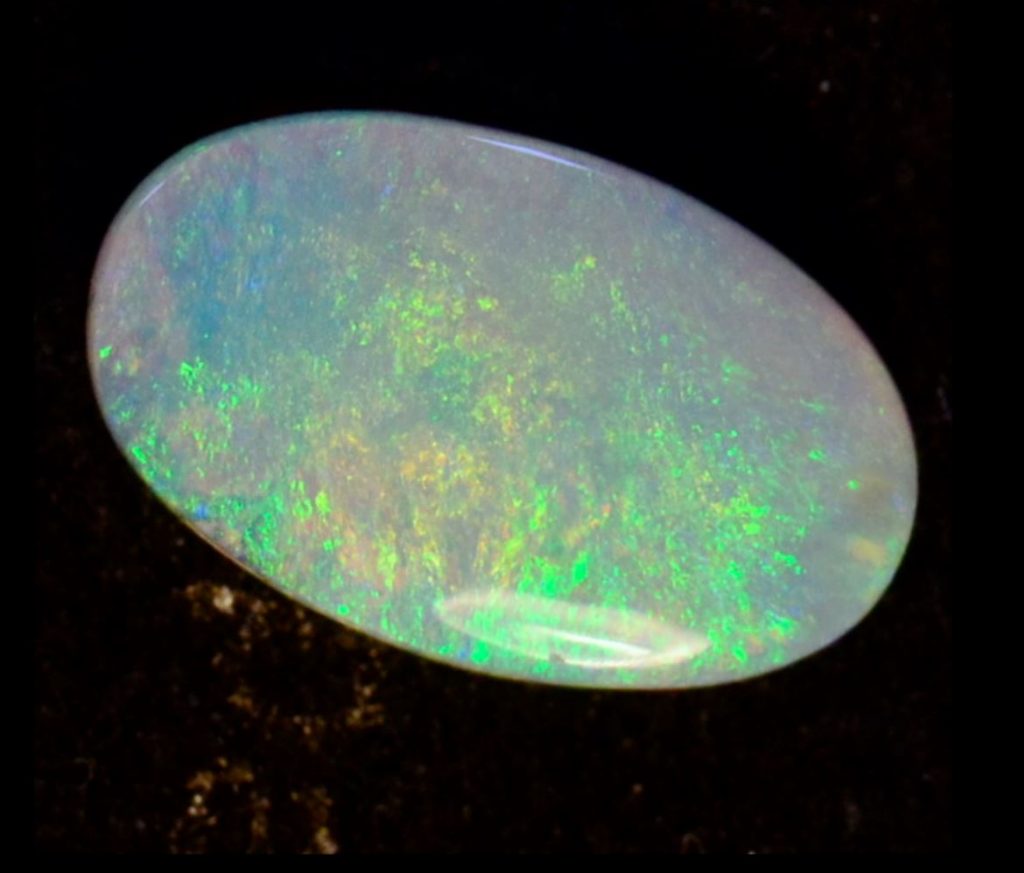 red-which in opal speak, is extremely desirable. Most opals have a white body with flashes of green or some blue.

These opals are beautiful but when the body colour is black, and the colours of the rainbow are present, it is only then that opals are considered rare and valuable. The opal that Dunstan discovered had all these unique characteristics, size, colour, and the fact that it practically glows in the dark make it a stunning and exceptional gem. Dunstan christened it The Virgin Rainbow Opal.

How is opal formed?

The Virgin Rainbow Opal comes from a cephalopod or Belemnite as in an ancient cuttlefish. I’m sure several of you have ventured down to Lyme Regis and have gone fossil hunting. If you haven’t, it’s England’s Jurassic Coast. My sons and I have spent hours exploring and collecting ammonite and belemnite fossils along the beach. We’ve found some fantastic specimens but no opals yet!

During the Mesozoic era, the majority of South Australia was a vast inland sea populated with aquatic reptiles. When these dinosaurs died, they sank to the bottom and were buried under layers and layers of mud. Over millions of years, the sea dried up, the acidity levels in the soil dropped and released silica. The silica seeped into reptile bones which then formed opals.

Some people believe this old wives’ tale.  I think opals are mesmerising to look at. If you turn an opal over and over in your hand and allow it to catch the light,  the play of colour, a phenomenon unique only to opal- changes every time.  So why are opals considered bad luck? Opals have a long literary history starting with the Romans. However, it was in 1829, when Sir Walter Scott wrote the gothic novel ‘Anne of Geierstein’ or Maiden of the Mist. The main plot is about two Lancastrians travelling to Switzerland to join forces with a noble family. Their plan is to take power from the Yorkists. In the story, Walter Scott describes an enchanted princess, Lady Hermione; she wears a dazzling opal talisman. The gem would change colour depending on her emotions.  She also had supernatural powers.

In the story, Lady Hermione attends a christening. The father of the baby, anoints the child, his wife and then places the remaining drops of Holy Water on Lady Hermione’s forehead. One of the drops splashes onto her opal, and suddenly all the colour drains from the gem.  Lady Hermione collapses to the floor, and her husband quickly takes her to the bed-chamber to rest. Unfortunately, Lady Hermione is dying. When her husband returns, all that remains of the princess is a handful of ashes. Since then people believe that opals and bad luck go arm in arm.

This belief is changing, and the public is becoming better educated. Buyers and collectors understand the beauty and rarity of these stunning gems. For example, in 2012, Bonhams sold the Black Prince, a gorgeous black opal that sold for US$134,500. 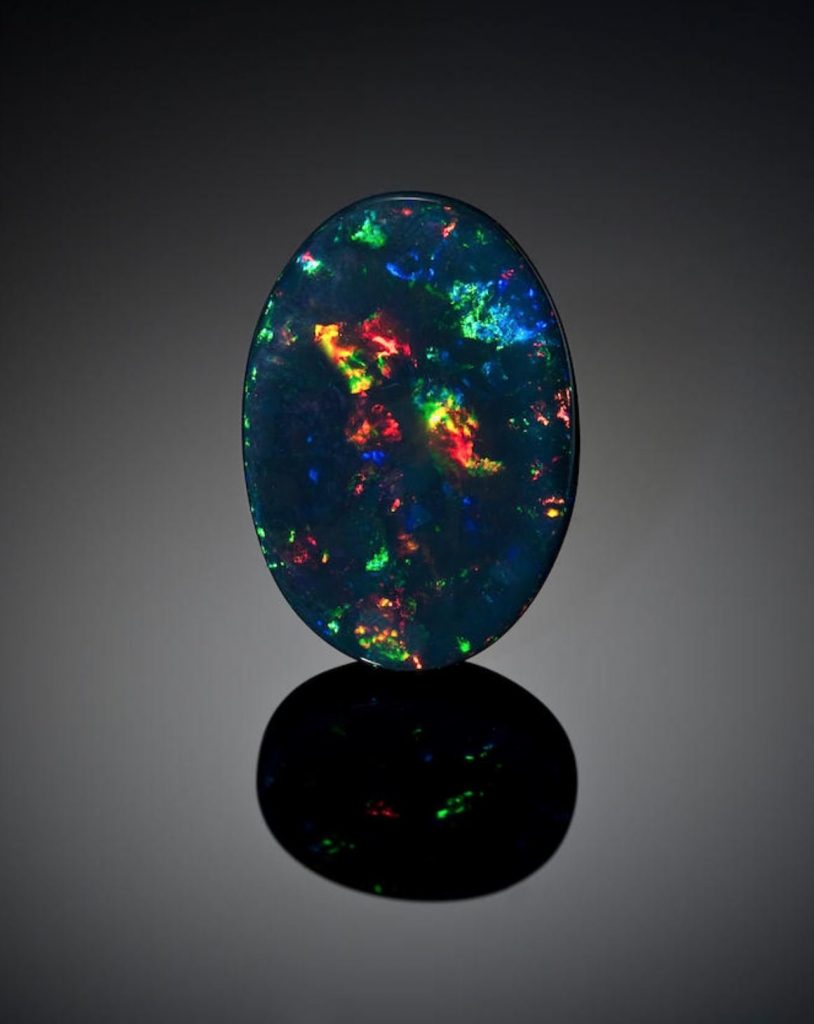